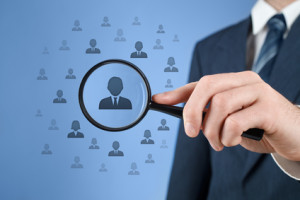 Deciding to make the move from sole trader or self employed, to being a limited company and hiring staff to work for you is a big step. As a one-man band you are able to make decisions about your business based solely on what’s best for you, and there is no one but you to feel the pinch if you fail to turn a profit one month. You can quite happily run a business for many years without taking the step of becoming an employer and expanding, however, without making this move there is a limit to how far you can take your company. Once you have made the decision, have found someone that fits with your brand, and are ready for the next step, here are some key things you must remember to do so that it is all above board.

When you take on one or more members of staff you have to register as an employer with HMRC. This is so they can account for money you pay as a wage and any benefits that are taken from the company that may not be taxable. Money you pay to your employee as a wage is subject to tax and national insurance so HMRC needs to be aware of anyone on your books. Once you are registered as an employer you can also set up so that your business pays you a wage. This is an option many chose as it is easier to administer and tax than drawing from your business account.

In the UK you are legally required to have employers’ liability insurance if you have one or more employees on your payroll. This insurance is designed to protect you, the business owner, against potentially very expensive illness or injury claims should something happen to a member of your staff whilst in the work place or as a result of their job. It is also very reassuring to employees to know that this is in place so that they know if the worst does happen they can be compensated without any inconvenience to their employer. The insurance must cover you for at least five million pounds and must be taken with an authorized insurer.
END_OF_DOCUMENT_TOKEN_TO_BE_REPLACED 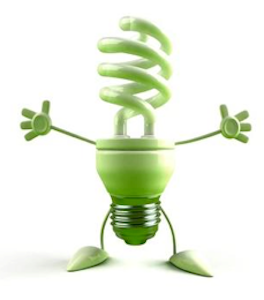 With electricity costs on the rise – some predictions estimate increases of 25% due to the cost of wholesale supply – it’s no wonder that energy bills are proving to be a large portion of a business’ monthly overheads. With many business owners looking towards being green, it’s interesting to see what changes can be made to try and reduce the carbon emissions and improve the balance sheets. Knowing how to cut electricity bills is part of the problem – business owners need to look online to find inspiration to help them and their staff take a proactive approach.

Here are five businesses that have worked hard to reduce their electricity bills, in ways that smaller businesses could be inspired by.

These guys are notoriously considerate to the world in which we live, with part of their mission statement aimed at making the planet a little better. They donate 10% of their profits to the Innocent Foundation which helps rural development projects in countries where they source their fruit. Every step of the way, this drinks company aims to use less electricity wherever they can, with use of renewable sources at their headquarters in Ladbroke Grove, West London.

This convenience store giant has made huge savings on their electricity bills recently, just by shutting their fridge doors and adding doors where necessary. They realised that using open fronted fridges were a main reason for huge electricity wastage and by adding doors to 100 stores nationwide, they are now saving £50million a year on their energy bills.

This DIY conglomerate has focussed on trying to reduce the amount of lighting and heating used in their stores and warehouses, with energy efficient lamps and dimmers being part of their new venture. They have also reduced the temperature of their thermostats during the day and night, saving them heaps.

Not only that but they have also focussed massively on creating greener transport, using biomethane to power their lorries and promising to reduce CO2 emissions from business travel and haulage by 50% over the next ten years. Their all-round approach to energy saving shows how much they care about the world in which we live and hopefully giving other industry giants a little inspiration too.

This multinational company has come a long way since its humble beginnings as the Penny Bazaar in Kirksgate, Leeds back in the late 1880s. While their M&S brand has skyrocketed into the heights of success, they haven’t forgotten about the environment in which we live, with their 2007 initiative, Plan A, still going strong.

Since 2008, they have had three wind turbines which generate enough power to supply three stores via the National Grid. They have also been purchasing renewable energy since 2009. They also aim to reduce the amount of energy used in-store by 25% per square foot and new sites will aim to generate 20% of their energy on-site.

This British retailer uses a building energy management system that has already saved them over three quarters of a million pounds in energy bills. The system controls lighting and heating in 155 stores, but they hope they will be able to expand the system to cover 206 of their stores in due course.

This article was written in association with British Gas. Are you looking for a new business electricity supplier? Head online to the British Gas help and advice pages to see whether this leading company has the perfect solution for you.

The interest rate you get on your car loan can have a significant impact on the amount you will pay over the life of your car. Even a change of 0ne percentage point can bring down your overall costs by thousands of dollars, depending on the terms of your loan and the price of the […]
The post The Simple Truth on How to Get the Lowest Interest Rate on a Car Loan appeared first on Money Q&A.

As a college student, finding ways to save money while in college poses a great challenge. It needs someone with self control and discipline to achieve this. 11 Ways to Save Money in College is a simple and elaborate guide to the success of saving money while in college. One might be tempted along the […]
The post 11 Ways To Save Money While In College appeared first on Money Q&A.